2020 REPORT ON HATE INCIDENTS IN THE BASQUE COUNTRY 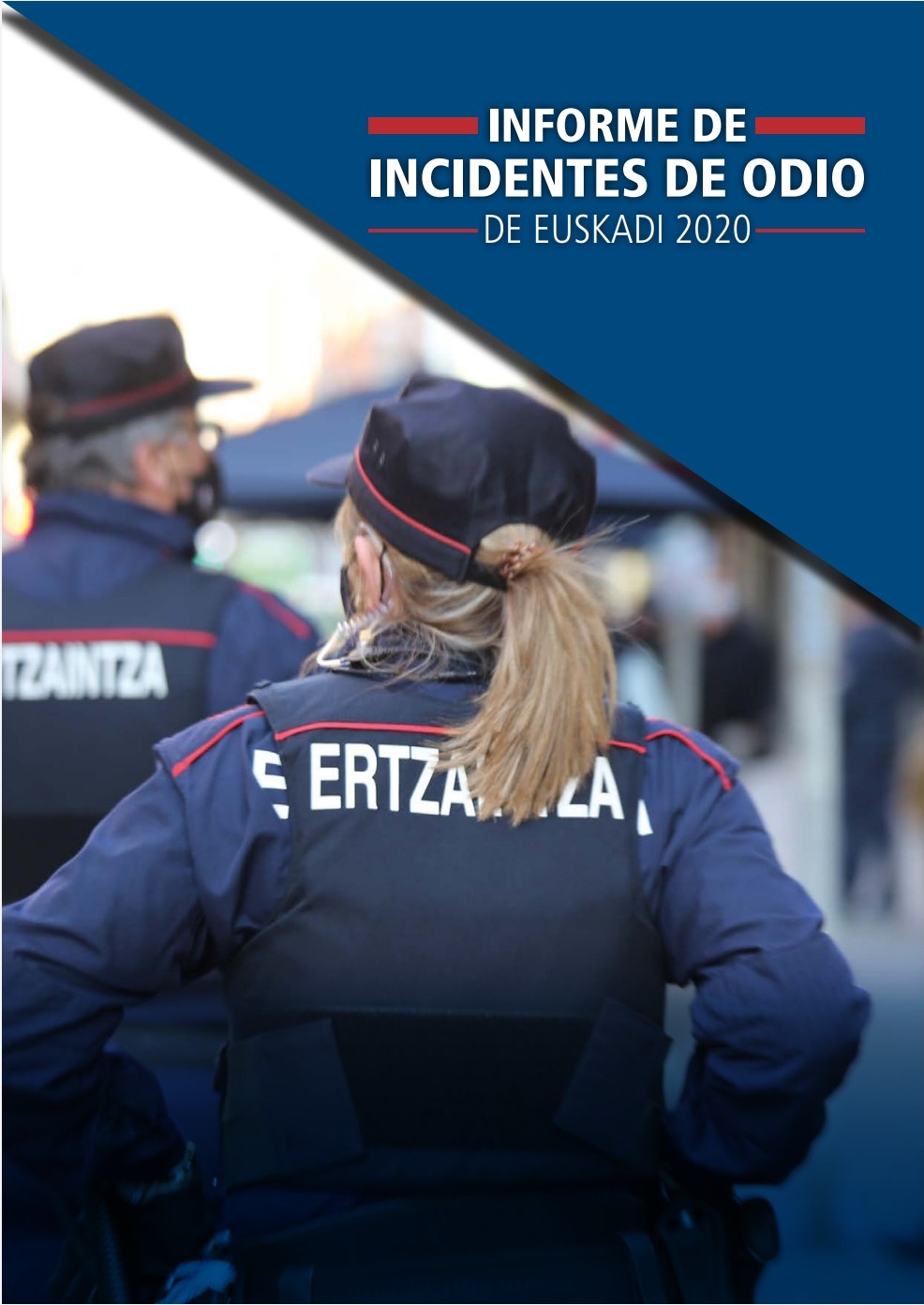 241 hate incidents were recorded in the Basque Country in 2020. As mentioned throughout the report, administrative offences have been omitted due to the fact that they dealt with two spheres (sports events and the right of admission linked to the hospitality and night leisure industries) whose use and enjoyment by citizens have been limited as a consequence of the restrictions imposed to mitigate the impact of the SARS-CoV-2 pandemic.

Racist or xenophobic incidents account for 48.55% (117 cases) of the recorded crimes, with a considerable increase as compared to the previous year (+61 incidents: 108.93%). The sphere of sexual identity and orientation represents 20.75% of the crimes (50 cases), whereas crimes relating to functional diversity account for 12.03% of the crimes (29 cases). These figures are considerably higher than those of the previous year (+37, 284.62% in the case of sexual identity and orientation and +23, 383.33% in the case of functional diversity). In the fourth place we find hate crimes based on ideology and political orientation, which account for 9.96% (24 cases), followed by hate crimes based on the sex of the victim, with 6.64% (16 cases). These groups have also experienced an increase in their victimization, which was more remarkable in the case of the sex group (+13, 433.33%) and +6, 33.33% in the case of ideology and political orientation. Aporophobia (2 cases), beliefs and religious practices (1 case), anti-Semitism (1 case) and age (1 case) account for 2.06% of the crimes recorded and, with the exception of anti-Semitism and age (which did not exist as an autonomous category in 2019), they have experienced a decrease, more remarkable in the case of beliefs and religious practices, as compared to the previous year.

Notwithstanding the above, the quantitative increases in each target group have not involved substantial changes in the groups map from the point of view of the relative weight of each group with regard to the rest. the ethnic group considered at length (racism, xenophobia, ideology, political orientation, beliefs and religious practices and anti-Semitism) represents 58.92%, that is, three fifths of the hate map, a figure that is just slightly lower than that of 2019. The sex group considered at length (comprising those crimes motivated by sexual identity and orientation as well as gender identity)27, which now account for 27.39% of the cases, and hate crimes motivated by the victim’s functional diversity, now account for 12% of the recorded crimes.

The report was presented this Monday, May 31, 2021 in the Basque Parliament. On the other hand, both this and previous reports can be consulted at the following link.